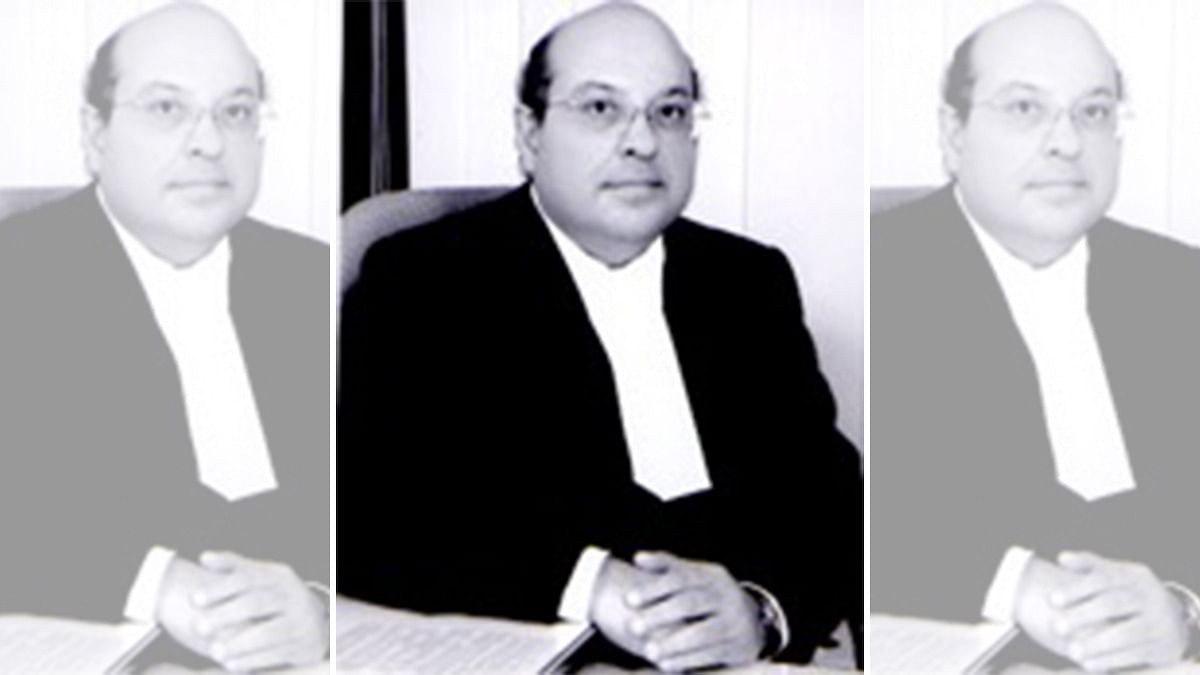 
New Delhi: Justice Rohinton Nariman is in select company —  he was only the fourth senior counsel to be elevated from bar to the bench.

That was on 7 July, 2014, when he was appointed as a judge of the Supreme Court.

Justice Nariman’s seven-year-old tenure, however, comes to an end on 12 August.

A man with deep interest in history, philosophy, literature and science, Justice Nariman authored several notable judgments that the apex court has delivered in recent times, some of which were written while he was a junior judge.

As a member of many Constitution benches, his contribution to some landmark verdicts will remain etched in the history of the country’s evolving jurisprudence.

But his legal acumen is not the only reason why Justice Nariman is a favourite with his colleagues — both in the bar and the bench, regardless of their age.

Known for his plain-speaking, both inside and outside the court, Justice Nariman is an ordained Parsi priest and that makes him distinct as a judge.

Adept at performing marriages and the Navjote ceremony — when a child belonging to the Zoroastrian family is initiated — Justice Nariman also has access to enter the sanctum sanctorum (inner-most part) like any other priest from his community.

In his book, Nariman’s father and eminent jurist, Fali S Nariman, wrote that since his family was “priestly,” his wife made sure the son got ordained as a priest at the young age of 12. Writing further, the senior lawyer said that Justice Nariman had performed the Navjote ceremony of his sister Anaheeta in Mumbai.

Justice Nariman got elevated a month after the Narendra Modi government came to power in 2014. His name was recommended by the collegium then headed by Chief Justice R.M. Lodha.

It was after nine years that a senior lawyer from the Supreme Court bar had got elevated as a judge of the apex court.

Justice Nariman enrolled as a lawyer in 1979. A graduate in commerce from Sri Ram College of Commerce (SRCC), the judge studied law at Delhi University’s faculty of law.

He later went on to do his masters in law from Harvard Law School and wrote his thesis on affirmative action: a comparison between the Indian and US constitutional law.

He practiced Maritime Law in New York at Haight, Gardener, Poor and Havens for a year before returning to India.

He was just 37 when the Supreme Court designated him as a senior advocate. The then Chief Justice Venkatachalaiah amended the rules in order to make him a senior counsel at that young age against the mandatory 45.

As a lawyer, Justice Nariman also served as the solicitor general of India in 2011 under the previous Congress regime, but resigned over his alleged differences with the then law minister Ashwani Kumar.

He has 35 years of experience with the bar, during which time Justice Nariman argued numerous cases, including before the Constitution bench and has over 500 reported Supreme Court judgments to his credit.

His elevation has been a “matter of pride” for the youngsters practising in the apex court.

“His legacy includes cases that expanded freedom in our constitutional democracy — including K.S. Puttuswamy that provided for a right to privacy, and Navtej Singh Johar, which ensured equality and non-discrimination of LGBT Indians,” she added. “He will also be remembered for his incisive judgments in commercial law, including ones on bankruptcy, which have clarified many grey areas in the code.”

Her views were seconded by Ruchi Kohli, who is the additional advocate general for Haryana in the SC.

“He is an inspiration for all of us, to achieve his level of intelligence, understanding of the law as a lawyer and a judge,” Kohli said.

“If there were a list of top 10 judges and top 10 lawyers of the top court since independence, then Justice Nariman would be the only person to illustriously figure in both lists,” added advocate Sunil Fernandes. “It is difficult to decide whether he is a better counsel or a better judge.”

Also read: Watching, publishing, sharing pornography: What is a crime in India and what isn’t

In his separate and concurring judgement in the Navtej Singh Johar case that decriminalised consensual sex between two adults of the same sex, Justice Nariman quoted extensively about Oscar Wilde’s life and his prosecution by the then British state because of his sexuality.

His judgments reinforce his firm belief in upholding human rights. In 2014, a five-judge bench, also comprising Justice Nariman, authored the majority verdict to hold that review petitions in death penalty cases should be heard in open court, departing from the settled apex court rules that permits chamber hearing of all review petitions.

On extrajudicial killings, a bench led by the then Chief Justice R.M. Lodha, and comprising Justice Nariman, laid down a set of 16 guidelines to be followed while investigating police encounters. It was this verdict that became the basis for the 2017 ruling on the extrajudicial killings in Manipur.

The NRC update in Assam gained significant momentum only in December 2014, when a bench comprising Justice Nariman issued detailed directions to the state to complete the project within a specific timeframe.

As member of a constitution bench, Justice Nariman sided with the majority verdict to declare the Triple Talaq practice unconstitutional. Writing for himself and Justice U.U. Lalit, the judge held that gender equality must outweigh religious freedom.

Justice Nariman’s views in the K.S. Puttaswamy case, which declared privacy a fundamental right under Article 21 of the Constitution; Joseph Shine case that struck down Section 497 of IPC, related to adultery and the Sabarimala judgment reflect his deep understanding of different religions.

The judge found himself in the minority when he and Justice D.Y. Chandrachud rejected a review petition against the Sabarimala verdict. He observed there was a constitutional obligation on the government to implement the apex court orders, even if they were not parties before them in a case.

He has been unequivocal in his opinion about the primacy of constitutional rights. And this has found a place in several of his judgments, including the Shreya Singhal case that ruled Section 66A of Information Technology (IT) Act as unconstitutional.

A bench led by him recently took suo motu cognisance of media reports about UP allowing Kanwar Yatra amid fears of a third Covid wave.

“The health of the citizenry of India and right to life is paramount, all other sentiments whether be religious are subservient to this basic fundamental right,” he had said, forcing the state to call off the arrangements.

As a judge, Justice Nariman never minced words. His bench was instrumental in expediting the criminal trial in the Ayodhya demolition case.

Nariman’s father has in his book described the judge as a “superb lawyer,” one who is “brilliant” with his memory, people, events and his vast general knowledge.

“Besides, he is also our devoted and God-fearing priest; the only one in the Nariman family,” the senior Nariman has said.

Senior advocate, A.M. Singhvi introduced the judge at a lecture as a man with “bewilderingly diverse interests”.

And this is evident in his first book, The Inner Fire: Faith, Choice, and Modern-Day Living in Zoroastrianism. The book is an analysis of the 238 verses of the Gathas — the sacred text of the Zoroastrian faith.

At the launch of his book in 2016, the judge said he wanted to write a children’s book on the “gems” from the religious faith practised in India. He had even pitched it to the NCERT but they were not enthusiastic, he revealed at the launch.

The second book Justice Nariman is writing traces, explores and analyses all dissenting judgments in the history of the Supreme Court of India. The book will be published in two volumes by Penguin.

Known for his deep knowledge about western classical music, Justice Nariman is a regular morning walker and is often spotted at Delhi’s Lodhi Garden.

With inputs from Tushar Kohli, a fifth-year-old law student interning with ThePrint.

Why news media is in crisis & How you can fix it

But the news media is in a crisis of its own. There have been brutal layoffs and pay-cuts. The best of journalism is shrinking, yielding to crude prime-time spectacle.

ThePrint has the finest young reporters, columnists and editors working for it. Sustaining journalism of this quality needs smart and thinking people like you to pay for it. Whether you live in India or overseas, you can do it here.