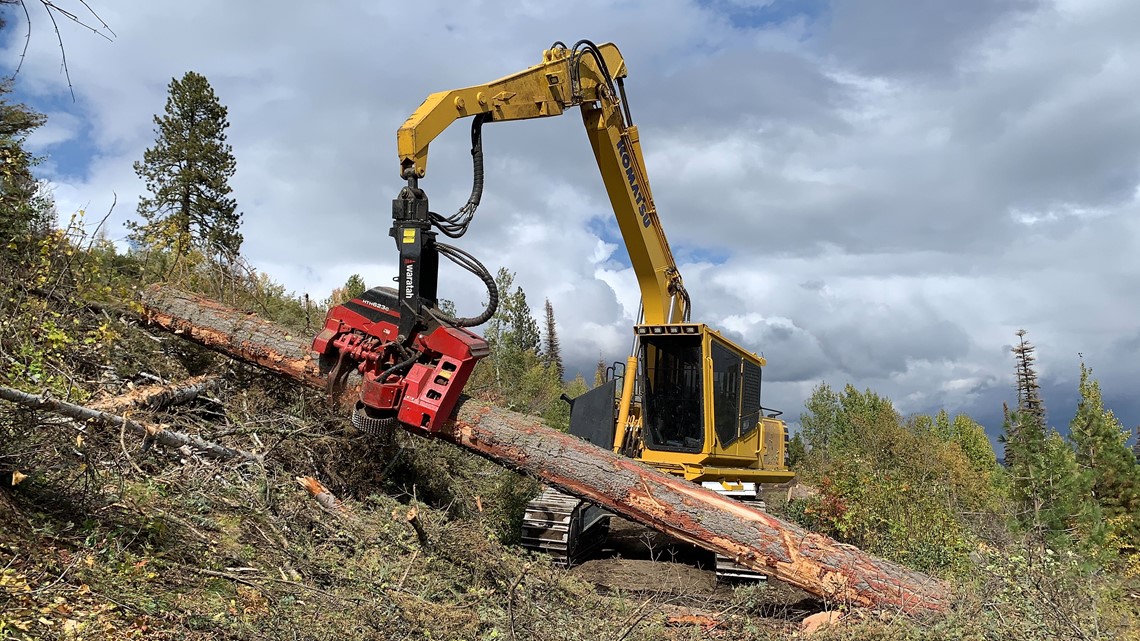 A judge ruled in favor of the Alliance for the Wild Rockies and issued a preliminary injunction on the 2,500-acre Hanna Flats Logging Project.

U.S. District Court Judge B. Lynn Winmill ruled Friday in favor of the Alliance for the Wild Rockies and issued a preliminary injunction on the 2,500-acre Hanna Flats Logging Project in the Idaho Panhandle National Forest.

The Forest Service and Idaho Department of Lands are partnering on the project under a program called the Good Neighbor Authority intended to speed up logging and forest restoration projects on U.S. Forest Service land by allowing state officials to take care of some of the work.

The Forest Service said it doesn’t have to follow certain environmental laws because the project qualifies for a categorical exclusion under the Healthy Forest Restoration Act.

The act allows the Forest Service to avoid some environmental studies if an area is designated as “wildland urban interface,” an area where homes and wildland intermingle, and that can leave homes vulnerable to wildfires.

However, Winmill ruled that the project does not appear to qualify for an exclusion and halted logging until it rules on the merits of the case.

Specifically, Winmill said that the Forest Service had to meet requirements outlined in the Healthy Forest Restoration Act to designate an area a wildland urban interface and not just cite a county’s designation.

Winmill cited a previous ruling in a related case involving the logging project where a different judge noted a county could simply designate the entire county a wildland urban interface to avoid environmental laws with the categorical exclusion.

“The area is home to a dwindling population of endangered Selkirk grizzly bears,” said Mike Garrity, executive director of the Alliance for the Wild Rockies. “Roads and logging are the greatest threat to this population on these public lands. Yet the Forest Service refuses to follow its own rules and conserve this imperiled grizzly population.”

The U.S. Department of Justice, which represents federal agencies in court cases, didn’t immediately respond to an inquiry sent through its online portal on Monday.

Logging on the project had been scheduled to start in early August, but is now suspended until a further order from the court.

Of the roughly 2,500-acre project, about 1,100 acres includes clear-cutting or modified clear-cutting, according to the court ruling.

“In addition to providing habitat for this rare grizzly bear, the Upper Priest River has the largest contiguous area of old-growth cedar, hemlock, and grand fir in the interior western United States and the largest concentration of ancient cedar stands in northern Idaho,” Garrity said.

See the latest news from around the Treasure Valley and the Gem State in our YouTube playlist: