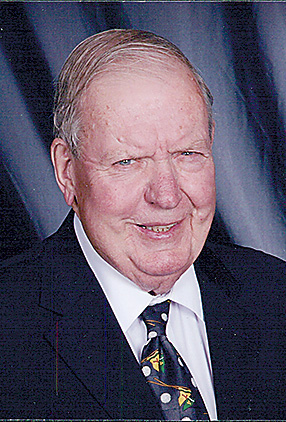 John was born June 10, 1925 in Lincoln, Neb., the son of Thomas Andrew and Verona Nora Foster. He was baptized in the Catholic religion and verified by Monsignor M.M. Kaczmarek at St. Teresa’s Catholic Church in Lincoln, Neb..

John graduated from Lincoln High University in June of 1943 and entered the service for WWII shortly thereafter. He served with the Co. B 135 Infantry 34th Division in the Italian Theatre until wounded in Oct 1944. He was honorably discharged in November of 1945 and returned to Lincoln. He then attended the University of Nebraska, graduating in January 1950.

John’s occupation his overall lifetime was in income. He begun the John R. Foster Enterprise in 1978, which marketed golfing course provides. August 23, 2008 was his official final working day of small business. Outside of get the job done and caring for his loved ones, John liked tunes, looking through, touring and Saturday afternoons at Puffs. He was a trustworthy, lifelong member of the Catholic Church, attending St. Mary’s Church in Storm Lake. John was a happy member of the Knight’s of Columbus Club.