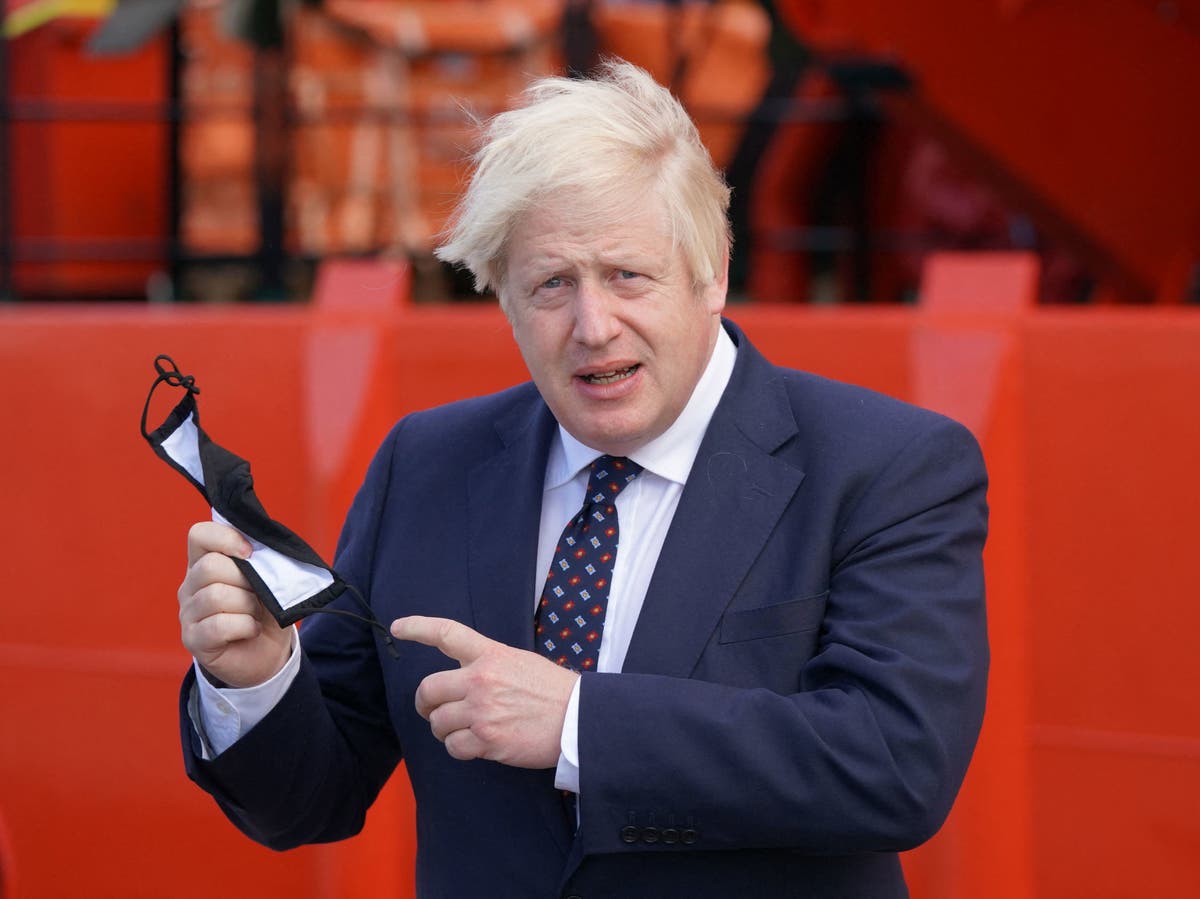 Boris Johnson has been told to stop “picking fights” and “demote himself” in response to a reported row with Rishi Sunak over a leaked letter, during which the PM allegedly threatened to relegate his chancellor to the position of health secretary.

With an Opinium poll placing the prime minister’s approval ratings at an all-time low of -16 percentage points, following his inflammatory quip about Margaret Thatcher’s coal mine closures, Lib Dem leader Sir Ed Davey told The Independent: “After the calamity of the past two years, the prime minister should look in the mirror and demote himself before worrying about the rest of them.”

Meanwhile, amid questions of sleaze, lobbying and “cash for access” at the top of the Tory Party, analysis of Electoral Commission data by The Independent reveals that some 25 per cent of donations to the party since Boris Johnson took office have come from just 10 wealthy donors.

Homeless people are being evicted from emergency housing and denied support – despite government claims that a scheme to keep people off the streets introduced at the start of the pandemic is ongoing, our social affairs correspondent May Bulman reports.

A number of local authorities are facing legal challenges after vulnerable individuals, who cannot access state benefits due to their immigration status, were told to leave emergency housing or turned away when asking for homelessness support in apparent breach of government guidance.

The UK is not doing enough to support people from Hong Kong fleeing an oppressive Chinese crackdown on democracy, a campaigner has warned.

Julian Chan, the director of the Hongkongers in Britain group, told The Guardian that many people arriving in the UK were being denied equal access to housing, education and jobs, and that Westminster was not doing enough to support them.

“The UK risks providing Hongkongers with a country to live in, but almost no life to actually live when they get there,” he said.

Good morning, and welcome to The Independent’s live UK politics coverage. You can follow here for the latest updates.

To start off, here’s more on our headline story this morning – Boris Johnson’s approval ratings dropping to their lowest ever.

The PM’s ratings have fallen to -16 percent, down from -13 percent a fortnight ago and the lowest recorded in the 53 times Opinium has asked the question.

The decline came despite an increase in support for the government’s handling of the pandemic, from a net -16 percent a fortnight ago to -9 percent.

It follows a survey conducted by the Conservative Home suggesting that Mr Johnson’s approval rating has also dipped among his own party members, with the PM’s ranking on the site’s Cabinet League Table dropping from 17th place to 24th place. My colleague Ella Glover has the full story here:

In news that broke late last night, shining a light on tensions and dysfunction on Downing Street, Boris Johnson is reported to have threatened to demote Rishi Sunak in front of at least a dozen witnesses on Monday.

According to The Sunday Times, the PM went “tonto” over the leak of a letter he was sent by the chancellor on relaxing travel restrictions – which Mr Johnson is reported to have read for the first time on the Sunday paper’s front page.

Threatening to demote Mr Sunak in the next reshuffle, a senior official quoted Mr Johnson as saying: “I’ve been thinking about it. Maybe it’s time we looked at Rishi as the next secretary of state for health. He could potentially do a very good job there.”

Labour has renewed its call for Boris Johnson to sack education secretary Gavin Williamson, as nearly 800,000 pupils await to receive their exam results next week.

Writing in The Independent, shadow education secretary Kate Green accused Mr Williamson of “letting down students time and time again” in a year of “chaos and disruption” which saw exams cancelled in January and schools, pupils and parents left waiting three months to know how grades would be awarded.

Our political editor Andrew Woodcock has the full story:

The government has dismissed the suggestion that Dominic Raab breached travel restrictions by failing to quarantine on a trip to France last month.

While the country sat on the amber-plus list at the time, which required people to isolate for 10 days upon their return, a Foreign Office spokesperson told The Sunday Mirror he had acted “within the rules”, adding: “It is his job to pursue the UK’s interests abroad, including on security, trade, and international development.”

Government ministers are exempt from quarantine on account of conducting essential state business for the UK outside of the country.

It comes days after climate minister and Cop26 president Alok Sharma faced criticism after it emerged that he had taken some 30 flights this year – including to six red list countries – without self-isolating.

Exclusive: Thousands of EU citizens set to have benefits cut off from next month

Thousands of EU citizens living in Britain face losing benefits next month if they have not applied for settled status to stay in the UK, my colleagues Adam Forrest and May Bulman report.

The Independent understands that around 70,000 European citizens in receipt of benefits had not yet applied to the settlement scheme shortly before the deadline at the end of June.

An internal Department of Work and Pensions letter, seen by The Independent, reveals that final warning letters will be sent out in September to European benefit claimants who have not yet applied to the EU settlement scheme (EUSS).

The group will then be given one month to sign up late to the scheme before their benefit payments are cut.

The world is “dangerously close” to running out of time to prevent a climate “catastrophe,” Cop26 president Alok Sharma has warned.

But the minister refused to condemn plans for a new oilfield, despite saying “we can’t afford to wait” to act on global warming. His comments come ahead of a report by the Intergovernmental Panel on Climate Change (IPCC), to be published on Monday.

Boris Johnson has in the past considered international trade secretary Liz Truss as Britain’s first female chancellor, with Jacob Rees-Mogg as her deputy, according to The Sunday Times

In its report alleging that the PM had threatened to fire Mr Sunak as chancellor, the paper quoted a source as saying: “The PM keeps talking about Liz Truss. He’s always got on quite well with her. He thinks she’s controllable.”

Incidentally, Liz Truss is the most popular Cabinet politician among Tory Party members, according to the Conservative Home website.