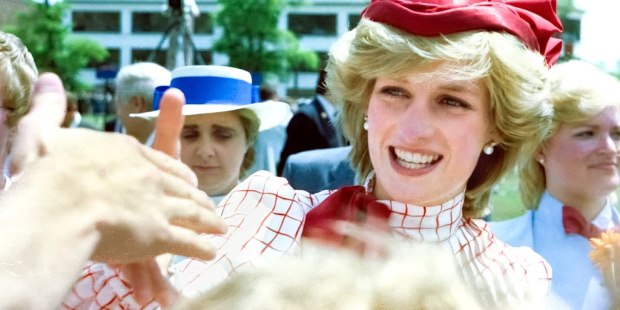 A Catholic priest kept watch over Princess Diana’s body after her death and became lifelong friends with her Catholic mother.

A Catholic priest kept watch over Princess Diana’s body the dawn after her death, according to an account published by the British newspaper Daily Mail.

Fr. Yves-Marie Clochard-Bossuet lived near the Pitié-Salpêtrière hospital in Paris and had volunteered as a chaplain on call at weekends.

On August 31, 1997, around 2 a.m., his phone rang: The hospital concierge was calling to ask him for the contact information of an Anglican pastor. Yves said he didn’t have that info on hand, then said goodbye and hung up.

Three minutes later the phone rang again. “Can you come in place of the Anglican priest?” the man asked. “Yes, but why?” Fr. Yves replied. “Look, I can’t tell you,” the man said. “Funny you can’t tell, because if I’m going to see a person at two in the morning, I would love to know who it is,” the priest said, understandably perplexed.

Fr. Yves told the caller that it sounded like a prank call, to which the concierge replied by identifying Princess Diana as the patient in need. This seemed to confirm the priest’s suspicion that the caller was drunk, so he hung up.

But the hospital representative called back in distress, reiterating that he was telling the truth and added that the UK ambassador was urgently waiting for him, because the situation was really very serious.

Fr. Yves became convinced that something really serious was going on, and quickly went to the hospital. The intense agitation he encountered confirmed to him that this was no ordinary night.

At 3:30 a.m. the priest was taken to the operating room. The British ambassador greeted him and asked him to pray and wait patiently. At around 4 a.m., Princess Diana was declared dead.

At 4:20 a.m., a nurse took him to another floor, where the British ambassador was, now accompanied by the French Interior Minister, Jean-Pierre Chevenement.

After a few minutes, Fr. Yves was led into the room where Lady Di’s lifeless body lay. He was asked to remain by her side in prayer until an Anglican pastor arrived.

It was 4:41 in the morning. The Catholic priest would remain there for the next 10 hours.

At Princess Diana’s side

Fr. Yves admitted to the Daily Mail that, up until those days, his opinion of the princess had not been the best, given the numerous scandals she and the Royal Family were involved in, especially in terms of marital fidelity. However, just days before the accident he had read an interview with her, which included an explanation of her philanthropic work. That changed his heart towards her. “I thought, ‘Well, you were ready to judge, but ultimately she is a good woman.’ It was providential that I saw it [given what happened],” he told Daily Mail.

Standing in front of her lifeless body, he thought of the princess’s young children, who didn’t even know what had happened. He continued to pray and entrust her soul to the mercy of the Eternal Father.

His experience, according to him, was very intense. After a while, he asked permission from his superiors to go on a prayer retreat in Medjugorje; but before leaving, he decided to write a letter to the princess’s mother, Frances Shand Kydd.

The priest tells Daily Mail (in a following article):

I have an English cousin and it was he who told me that Diana’s mother was a Catholic convert with a strong faith. He suggested I should write to her.

And so I wrote to her a very formal letter giving all the details [of the day of Diana’s death]. I wanted to tell her mother the nurses who had taken care of her had done things very well. There was nothing to complain about [even if] it was a hospital room and not in Buckingham Palace. And I told her that I had prayed and had stayed until the arrival of Prince Charles.

The priest thought the letter would be just one of many that Diana’s mother would receive and that would go unanswered. “But only a few days later I received a touching letter from her. She thanked me, because I was the first to give information directly to her,” Fr. Yves reports.

In fact, Mrs. Frances Shand Kydd told him that no one else had communicated directly with her, and that she was happy to know that a Catholic priest had been at her daughter’s side at the moment of her farewell from this world.

The princess’s mother also made a request to the priest: that he celebrate a private Mass at the hospital where Lady Di had died. He recounts:

It was difficult to have a Mass in private without anyone finding out, but anyway, I managed it because I only invited people who were in the same situation as her, who had lost children in accidents . . . five or six households who had been through difficult things.

I picked her up at Charles de Gaulle airport in my little Peugeot 206. I recognised her right away. She looked a lot like her daughter. She was very tall, very blonde and she saw me approaching her. I was wearing a raincoat [to hide his clerical collar] as I was afraid the reporters would see us.

She came up to me and opened my coat, laughing, to see my collar to confirm I was the priest. With her, that way, the ice was broken quickly.

The following day, in the presence of Mrs. Frances Shand Kydd, Fr. Yves-Marie Clochard-Bossuet celebrated Holy Mass for the soul of Princess Diana at the Parisian hospital. The priest and the bereaved mother stayed in contact and became lifelong friends, as the Daily Mail article documents.